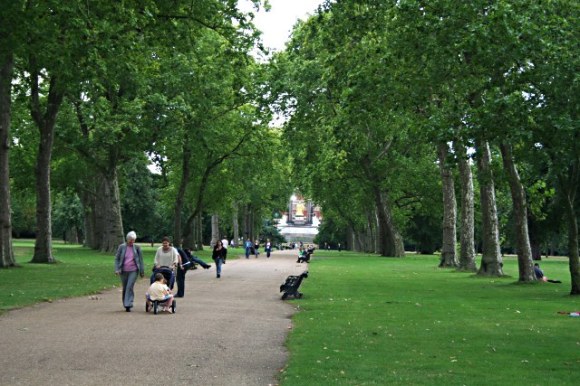 Sustainable transport: a walk in the park? – Source: Wikimedia

“Would you like to live in a cleaner, safer, healthier, friendlier, more beautiful, more democratic, sustainable world in which you know your neighbours and it is safe for your children to play in the street?”

That is the question which geographer John Adams posed in 2001.  It would be difficult to find anyone who would answer in the negative.  But the situation is complicated by its flipside:

“Would you like a car, unlimited air miles and a capacity to travel anywhere you would like to?”

Until very recently, it would have been extremely tempting to answer in the affirmative.  More capacity to travel would mean that we could enjoy more holidays and see more of our family and friends in far-flung places, wouldn’t it?  More exposure to different people and cultures from around the world would also have cultural benefits: travel broadens the mind.  Foreign exchanges, spells of working abroad, and other travels have certainly widened my horizons, and future generations would surely benefit from similarly mind-opening journeys.  Most economists would add that with our ‘tourist pounds’, we are able to spread the benefits of economic growth all over the world.

But Adams pointed out that if we live in a world in which everyone’s wish for more travel is granted, then life will become more challenging for everyone, and especially so for the poor and disenfranchised.  His especial beef was with the increasing propensity for people to travel further, faster, more frequently, and more excessively than ever before – a trend he called ‘hypermobility’.

The impacts of hypermobility

One of Adams’s concerns was the environmental cost of excessive travel.  I share those concerns, and I cycle to work and limit my flying to once every couple of years, as my contribution to allaying them.  But as an optimist, I look forward to an era with unlimited ‘green’ energy, therefore in a generation or so, his concerns about pollution should, I hope, become baseless.

However, regardless of the environmental costs of travel, Adams argued convincingly that a world in which more people can travel where they want and when they want, would be “dangerous, ugly, bleak, crime-ridden, alienated, anonymous, undemocratic [and] socially polarized”.

His overriding worry was that vast numbers of people moving around in sealed-off bubbles to ever more distant places threatens social cohesion.  Physically removing people from each other makes us feel less community-minded and therefore less likely to act in ways which contribute towards the common good.

Was Adams whistling in the wind?  Twenty years after his call to curtail ‘hypermobility’, outside of a handful of cities in affluent countries, there have been few signs of a significant shift in ‘car culture’ anywhere in the world… until recent weeks.

Perhaps a new window of opportunity has been opened which may allow us to reverse the trend of hypermobility.  People across the world have begun to get used to different ways of life in recent weeks, including working from home and limiting the journeys we make to undertake exercise.

There are more people than usual exercising in neighbourhood streets and open spaces.  This seems paradoxical – in a lockdown, surely the opposite would be true?  But without gyms to visit and with trips to beauty spots discouraged, many people are exploring the areas near to their homes.  Might we have had a taste of a more sustainable future?

Yes, our encounters with each other have been awkward – a kind of coronavirus sidestep takes place to keep two metres of distance between us.  However, the exchange of smiles, nods and friendly words has been heartening after hours cooped up indoors.  And then there’s the joy of seeing friends and neighbours out on their perambulation, as well as the intangible benefit of connecting with one’s local ‘turf’.

I see vast potential in continuing with some of these ways of life after the lockdown is loosened.  I am not alone – the AA President, Edmund King, says that the coronavirus crisis will change the way that we live, work and travel, and that some of the money earmarked for road infrastructure could instead be channelled into enhancing broadband provision to help home working. 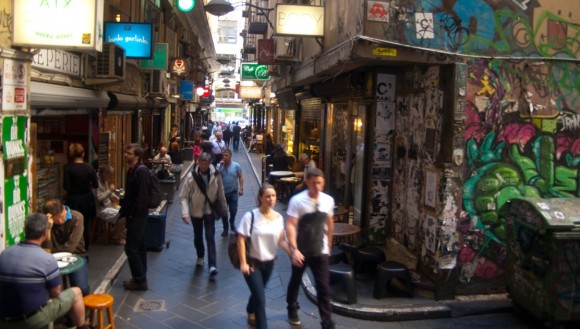 And planners from Jan Gehl to Jeff Speck have lauded the concept of the ‘walkable city’.  Their research shows that small exchanges with others – whether they are strangers or friends, colleagues or shop-workers – give life a much-needed lift and an indefinable buzz to our everyday life.

Cutting back on our excessive use of transport would sacrifice some of the benefits of frequent travel, but is this not worthwhile in order, as Adams put it, to “protect and enhance what we value in nature and our relations with friends and neighbours”?  Community cohesion would improve, our streets would be safer, and our planet would thank us.  It wouldn’t be easy, as it would come up against great opposition.  However:

“To question the benefits of hypermobility is not to deny freedom and choice. It is to ask people what it is that they really, really want, and to confront them with the fact that their choices have consequences beyond the primary objects of their desires. Collective self-discipline is the wise exercise of freedom and choice.” (Adams, 2001: 10)