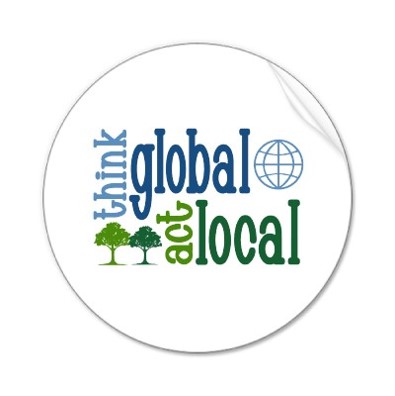 In this uncertain world, where despite economic, social, and scientific  advances, there exists a slow-burning environmental catastrophe; in this era of convenience and short-termism where long-term sustainability is threatened; in this time where being a citizen of the world apparently means you are a citizen of nowhere, you _can_ make a difference.

Pupils from across the school community have stepped forward to tell you about an environmental issue that concerns them, and each one will offer a few practical steps that you, yes you, and you, can take. Please listen to Hibbah, Rebecca, Laura, Aliza, Joe and Billy and choose one or two of these steps and act on it. Because _you_ _can_ make a difference.

‘Acid rain is rain which is unusually acidic. It is caused by compounds of chemicals which are released into the air by pollutants and then react with water and oxygen to form more pollutants which is called acid rain. Acid rain mainly affects environments which contain water as it makes the water acidic. This can harm fish as they cannot tolerate the acid. Plants are also damaged as the acid breaks up soil and makes plant roots weaker meaning they can die.

In school and at home, it is really easy to reduce acid rain simply by switching off electrical plugs, lights or other appliances when not using them as you are limiting the amount of fossil fuels burnt resulting in less pollutants meaning less acid rain.

Another way to limit the amount of pollution is by not using a car as much. You could travel to school via public transport, cycling, walking or by arranging a car share with your parents.

What is the problem?

What can be done?

The next time you buy a new gadget or appliance, make an energy-efficient choice – check the label.

Heat and cool your home efficiently! Change your thermostat to 19 degrees – put on a layer rather than turn up the dial.

Ask your parents if you can improve the insulation levels of your home.

Support renewable energy sources when the time comes to make such a decision.

What is global warming ?

Global warming is when carbon dioxide is realised into the air when fossil fuels are burnt for energy – this energy powers our homes, cars and everyday electronic objects.  The extra carbon dioxide in the atmosphere traps heat from the sun resulting in the earth getting warmer.  This results in many impacts like ice caps melting, coastal flooding and droughts.

You can prevent it

1. As Hibbah has mentioned, you could take public transport more often, or cycle or walk to school

2. Don’t waste your food. Energy is used in the raising of farm animals and preparation of food as well as transporting it

3. Speak to others about global warming

4. Reduce water waste, e. g. having a quick shower rather than a bath. This also reduces carbon dioxide

5. Use better bulbs. LED bulbs use 80 percent less energy than other bulbs.

When using less energy we can help save our world. Stopping global warming starts with us. Our world is burning and we need to stop it.

Fashion plays an important role in many of your lives.  It defines you and affects how people view you. However, there are some aspects of fashion that we are not always aware of, such as the wastage of it.

In Britain we wear only 70% of the clothes that we own, which means there is a total of around 1.7 billion unused items. As well as that, a person keeps their items of clothing for only three years on average.

Instead of throwing away your unwanted clothing, you can donate them to charity or give them to another family member. Donated clothing is sold in charity shops and the items which are not sold are resold in the used clothing industry and sorted to be used in different ways. The clothes will then be distributed all over the world.

A lot of us need a coffee to get up in a morning, and a lot of us get that coffee in a disposable plastic cup. And when I say a lot, I mean around 7 million of us a day. And of those cups, that we throw away day in day out, only about a quarter of a percent of them will be recycled, which is appalling.

The cups themselves have a super strength plastic resin inside which makes them waterproof and ensures they doesn’t spill out everywhere, but also incredibly hard to recycle. The cups themselves hardly stand the test of time because they get thrown away the minute you’ve downed your coffee.

The problem is that they are convenient, that’s why the problem is so prolific. But can you really be proud of choosing convenience over making a meaningful contribution to society? Can you really be proud in fuelling a market that cuts down over 5 million trees a year because you can’t be bothered to have a cup of coffee at home or in a flask? Will you be proud leaving a planet to your children where there are more cups in the ocean than fish? I don’t think so.

But there are things we can do rather than just stand here and complain. Every morning at breakfast at school, X (need to ask a dinner lady how many are bought each day) of you get a hot drink from the machine in a disposable cup. That’s roughly X (need to calculate) cups being thrown away a year by this school alone. Here’s an idea to cut this, bring in your own mug or flask, keep it in your locker and use that at the machine instead. I use a mug for my tea every morning – it’s not a particularly glamorous mug but it does the job perfectly. And by doing just that every day we can make a profound impact on the environment, scything away at this convenience that kills.

What we have seen today are a variety of problems that we as a society face. These problems can seem too large, too great for just a thousand of us sat here to do anything about. But that’s where we are wrong.

For every coffee cup we don’t use, for every piece of plastic we re-use, for every piece of clothing recycled, that’s one less cup in the ocean, one less piece of plastic killing wildlife, one more piece of coral saved. And it’s with a mind-set of thinking just like that, thinking of the problem on a global scale and not being over awed or diminished by the challenge we face, but by acting locally on a small scale that we can effect a real change. If you can change just one habit today, our job is done.

Thank you very much for listening.