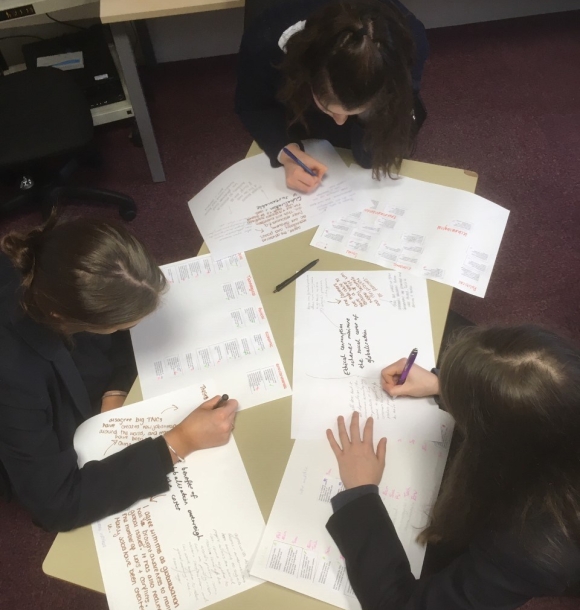 I find it hard to stop interfering with the flow of learning in my classroom.  I know that, in most cases, in the spirit of independent learning, once teachers have set the tone for an activity, they should take a step back, observe, reflect, and let students get on with it!  Once students have got into a task, then teachers should only intervene judiciously if they think that students need a pedagogical pointer or a behavioural nudge.

One particular weakness of mine in this respect is that when it comes to students discussing issues, I tend to interrupt too often.  I am positive, yes, but I also take back the reins too early, and cut short what could be a useful line of argument.

To redress this, I resolved to trial the Harkness method.  This method, which was brought to my attention at an INSET session led by Hermione Baines, Head of History at my school, Bradford Grammar School – is a way of letting students conduct discussions around a large table with the teacher set back from affairs and acting as an observer and occasional facilitator.  More is written in several places online – for example, there is a well-written and succinct article on the theory and practice of Harkness here.  It is a method which is increasingly used outside of History classrooms and the context of higher education.

I have the privilege this year of teaching nine keen Year 12 Geographers, and we were coming to the end of a unit on globalisation, so it seemed like an ideal chance to try it out.

I structured my first foray into Harkness as follows:

1. Flag up the idea – A week before the lesson I said we would be trying a discussion method called Harkness – and some members of the class told me that they had already tried it and were up for the challenge.

2. Set the pre-reading – The students were given an article called ‘Deglobalisation’ (by Simon Oakes) to read, and had completed a homework based on efforts to redress the environmentally deleterious effects of globalisation (such as Transition Towns, Fair Trade, and the circular economy).

3. Categorisation activity – At the start of the lesson, I gave the class a card sort of the impacts of globalisation, which the students were asked to colour code as ‘advantages’ and ‘disadvantages’, and then they were asked to put them in social, economic, environmental, technological and political categories.  This was performed individually, and, as hoped, I had students engaging with the difficulties encountered in any such card sort activity, for example they were asking me “Can some impacts can be good for some and not for others?”, “Where should this go – it fits into more than one category?”, and “I don’t agree with this one – what should I do?”. 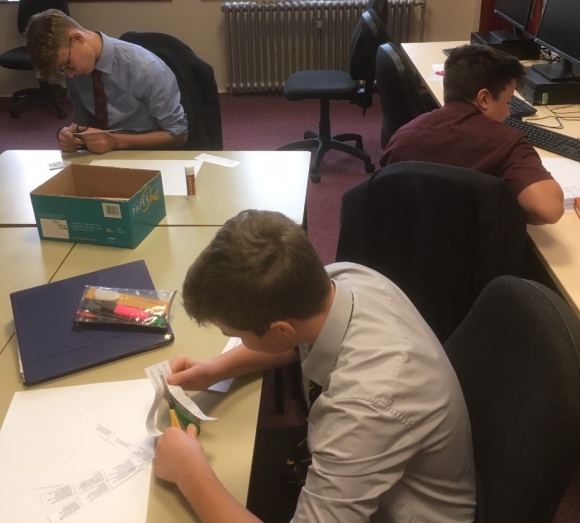 The first activity: categorising the impacts of globalisation

4. Silent debate – I then stepped up the group size to three and put in front of the students a ‘silent debate’ statement in the middle of an A3 sheet of paper – there were three different statements per table, i.e. one per student. Each student was then asked to respond to the statement by writing “I agree, because…” or “I disagree, because…” next to the original statement or to another student’s statement.  Then they were asked to pass the sheet around the table clockwise, for the next student to add their comment, and this went on a total of six times – so that by the end, everyone had had two chances to comment on each of the three statements.  An example of the statements was ‘The benefits of globalisation outweigh the costs’.

5. Harkness discussion – The final step-up was to undertake a whole-class discussion – the Harkness method itself.  I set a few ground rules such as ‘only one person should speak at a time’, ‘be respectful’, and ‘listen to the chair’ (I appointed a student as a ‘chair’ after I had modelled what a chair should do). 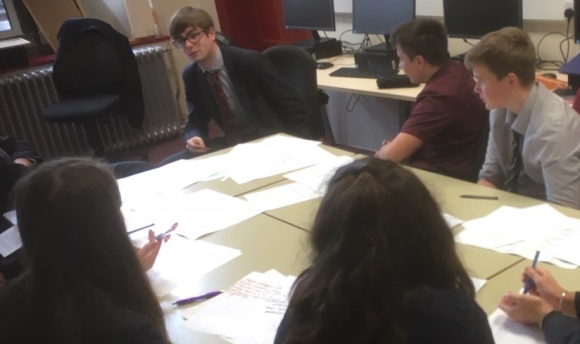 6. Exam-style question – The students will attempt a books-open follow-up past paper question in their next lesson, enabling me to gauge their progress and perhaps how useful the Harkness method has been in opening their minds to the different ways in which they can ‘assess’ an issue.

The card sort may have been useful if it had taken place in a previous lesson, but it took time away from the silent debate and Harkness parts of the lesson, and students fed back at the end that they thought it was the least valuable part of the lesson.

The silent debate aspect certainly added value to the students’ learning – it gave them time to reflect and ‘warmed their brains up’ prior to the Harkness stage.  The students were all positive about this stage too.

The Harkness discussion went well, and I was heartened by the way that the learning was almost tangible, as listeners as well as speakers were digesting the discussion.  I was also gladdened when students mentioned case studies that I hadn’t heard of, and when one of them, unbidden, related Boserup’s population/resource theory to the topic.  However, I did have to step in when:

As this class contains several loquacious characters, I may well try to run two Harkness discussions simultaneously next time, to give the quieter members a chance to have their say.

(As an aside, I will endeavour not to take photos next time, as this rather distracted from the flow of the discussion – but in the spirit of resource sharing and to support this article, then I felt that they were a necessary evil.)

I am also planning to bring this method in at the end of sub-units, so that the focus is kept a little tighter: there is so much content at the end of a large topic such as globalisation that the conversation can go anywhere!

Overall, I can heavily recommend this method, especially when it is preceded by a silent debate – why not give it a try?

Caldwell, K (n.d.): What is the Harkness Method? https://www.katherinecadwell.com/harkness-method/

Also see the many videos of excepts of Harkness discussions here: https://www.katherinecadwell.com/video/